Good books for children should be entertaining, educative, easy to understand, and communicating. And the books about snakes are also the same.

Bad books are tedious and complicated.

Every writer aims to communicate, educate, and entertain his audience. If a writer misses one of these aims, his words lose meaning.

Children’s books should be entertaining, easy to understand, engaging, and educative.

When you want to communicate to children using books, pictures are essential tools to engage them. Most children are likely to first look at the pictures before they start reading.

Fonts are also another essential tool when writing children’s books. Big fonts work better for children than small fonts. The style of the fonts, too, must be attractive to steal a child’s attention.

This article is going to focus on children’s books about the snake.

Even though snakes are scary, they are fascinating creatures that everybody wants to read on. Children, too, love reading about the snake. Thus, we came up with a list of the best children’s books about the snake.

It is a story about a greedy snake that decides to swallow all animals that come his way. He eats ten animals, small and big. Together with the union, they start jumping, swimming, and flying in his stomach. They then start kicking, and he’s left with no choice but to spit them out.

Python, greed is astonishing.  And he does not learn his lesson. He thus sees his tail as a meal, and he swallows himself.

Parents can use this story to warn their children against greed and failure to learn from their own mistakes.

They can also teach their children the importance of unity. When all animals act together, they all save themselves from the greedy python.

This book has over 2000 reviews on amazon. Don’t miss your copy!

“The girl who wore snakes” is a beautiful story written by Angela Johnson. She is an American children book writer and poet-writer. She has written over 40 books and poems.

The girl who wore snakes is a story about a courageous girl Ali, who, upon meeting Silvia, a snake; she sees what other children could not see. She saw the beauty that she compares to the moon, earth, and everything in between.

Silvia, the snake, is brought to her school by the man from the zoo. Silvia sees the beauty in the snake, and she volunteers to hold the snake.

She then wares the snake around her neck, her arm, and her ankle. She later visits the pet shop and buys all the snakes in the store.

Even her parents are not comfortable with the snakes. Teachers, too, tell her to remove the snake during her test.

When she visits her aunt on vacation, everybody else is disgusted by the snakes except for one person who also sees the snake as beautiful as Ali does.

She compares the snakes color and beauty to the moon, the earth, and everything in between.

It is a fiction story about a boy called Kali. He is from a village called Irula, and his father is a snake catcher. He’s proud of his father until when he goes to school and says what his father does.  The other children laugh at him.

Kali hates the school since no child wants to be his friend.  They are all disgusted by what his father does. One day, a snake comes to class, and everybody, including their teacher, is afraid and runs away from the snake.

Kali, however, moves towards the snake and catches it. All the children and the teacher are amazed by his bravery.

They all look at him with a lot of admiration, and they all want to be his friend.

Lessons from the story

It is a 32-page non-fiction book about snakes’ fun facts. If your child is fascinated by snakes, this is the perfect book for him. This book is best suitable for children in grades 1-3.

Lisa is a grandmother who loves to read books for his grandchildren. She loves to write non-fiction books to educate the children.

In this book, she talks about anaconda fun facts. The book’s groupage target is 3-7 years.

Being a grandmother, she writes with much love and understanding for children.

What an exciting story about Verdi, the young bright-yellow python who loves his color so much. He is afraid to grow into an adult python because he does not want to lose his beautiful color.

He tries so much not to become like his adult counterparts, but it seems that change is inevitable.

On the verge of trying not to lose his color, Verdi experiences a lot of almost fatal challenges.

Eventually, his color still changes to green, but he realizes that outer change doesn’t mean he has to lose who he is from inside.

When he meets two young bright-colored pythons who think he’s lazy, he teaches them how to form figure 8. He had learned this when he was young, just like the two young yellow pythons.

This book is perfect for children from the ages of four and older.

It is a story about a young boy who had always wished to visit his uncle, who runs a snake park.

Eventually, when he gets the opportunity, he’s excited to help his uncle capture a green mamba. A green mamba is a dangerous, venomous snake that Alexander uses to portray the dangers in the Africa forest.

Akimbo comes face to face with the wild green mamba, and his bravery helps to catch the snake.

This book is recommended for older kids between the age of 7 and 12. 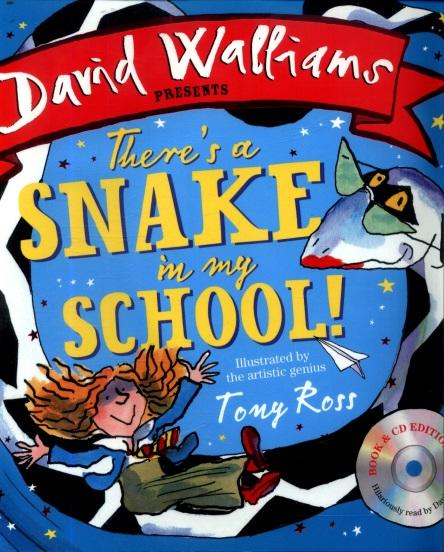 It is a story about a young girl whose name is Miranda. She loves attention, and, on school pet’s day, she brings Penelope her snake pet. Penelope is a big python snake.

At first, all children and other pets are scared of Penelope. But once Miranda introduces it, all the children are comfortable around Penelope, and they start playing with it.

Penelope steals all attention from other pets.

David, through the headmistress, portrays humour in the story. The headmistress doesn’t like the snake. She describes him as a menace rather than a pet. She then locks all the other pets in an old cabinet except for Penelope.

She pulls Penelope by his tail towards her office and throws him in a dustbin. She then sits on the trash to prevent him from getting out.

That marks the disappearance of the headmistress.

It is an exciting story for young children of ages between 5 and 7.

The book leaves the reader in suspense, wondering what happened to the headmistress. Whatever happens to her depends on the reader’s imagination.

It is a story by Barry to demonstrate how people can take advantage of our weaknesses. Lenny, who is the main character here in the story, is so afraid of snakes. His classmates know about his fear, and they always use snakes to tease him.

His teacher is a little compassionate, and she takes him to see the school counsellor, but it doesn’t help. She forces him to visit the zoo even though he is terrified.

At the zoo, other children are happy and excited to play with the giant snake, boa. Little do they know that at the end of the trip, two of them will go missing.

Where did the children go? Barry leaves that to your imagination. 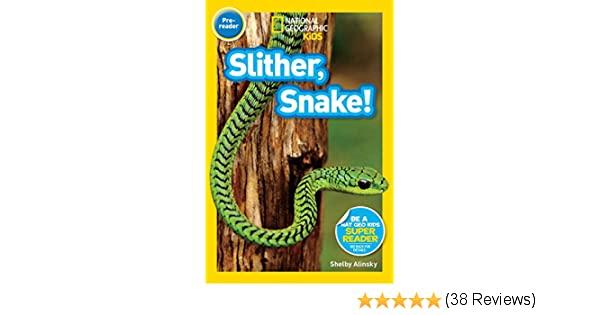 It is a non-fiction book showing pictures of different snake species. The book also tells the characteristics of those snakes. Children can use this book to learn how different species of a snake appear. The snakes featured in this book are king cobra, eye-lash tree viper, rattlesnakes, Arizona king mountain snakes, sedge viper, and boa constrictor.

It is a factual book for small kids to learn about snakes. The book contains large snake pictures that are also labelled according to the snake species.

This book is perfect for small children of 5 years and below. Even children who cannot read can learn through the beautiful large pictures of the snake.

At the back of the book, a map shows the natural habitat of the snakes mentioned in the book.

In a world full of books, it can be confusing choosing one from the other. And thus, we came up with the above list of 10 books about snakes.

When choosing which book to buy for your kids, age and interest are some of the factors you could consider. In all books we have picked for you, we have indicated the right age group target for each book to help you get the perfect choice for your children.

Feel free to share any other book you consider significant about the snake in the comment below.